1. Temperature monitoring and control in the house.

2. Humidity monitoring and control in the chicken house.

The upper limit temperature of laying hens decreases with increasing humidity. The reference data is as follows:

The hen's enthusiasm for laying eggs is affected by the time of light. Under the light, the hen's mood is stable and the number of eggs is increased. Generally, 12 to 14 hours of light per day can promote the movement and eating of chickens, especially can stimulate ovarian development, so that the hen's egg laying period can be prolonged, and the number of off-season eggs can be increased. Light can not only enhance the hen's physique, but also promote the secretion of hen's pituitary gland hormones, so that the hen's egg production is vigorous.

Sun light can encourage chickens to produce vitamin D on their own, and vitamin D helps the utilization and absorption of calcium. Calcium is an important part of egg shells, so the sun can lay eggs normally and avoid soft shell eggs. The second reason is that chickens are Those who eat during the day, stop eating as soon as the light is dim. In order to promote growth, the light should be enhanced. 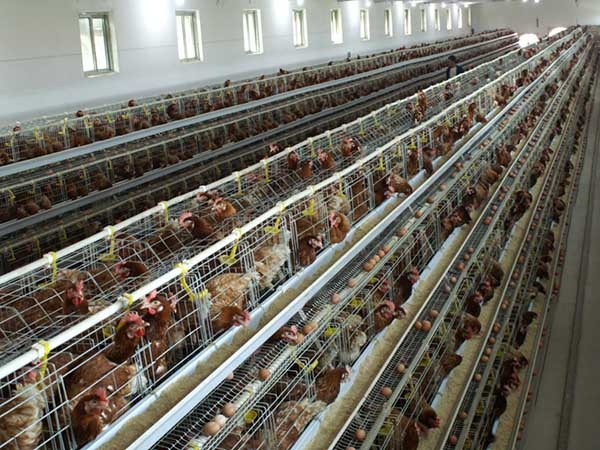 4. Monitoring and control of ammonia concentration in the chicken house.

The level of ammonia gas will directly affect the growth and development of animals and their ability to resist viruses. Ammonia can cause rapid growth and metabolism of mucosal cells, which will increase the need for oxygen and energy. At the same time, the detoxification process of ammonia is a highly energy-consuming process, so the energy used by animals for growth and production will be reduced accordingly, which will affect Animal growth performance. Ventilation and timely removal of feces can effectively reduce ammonia concentration. 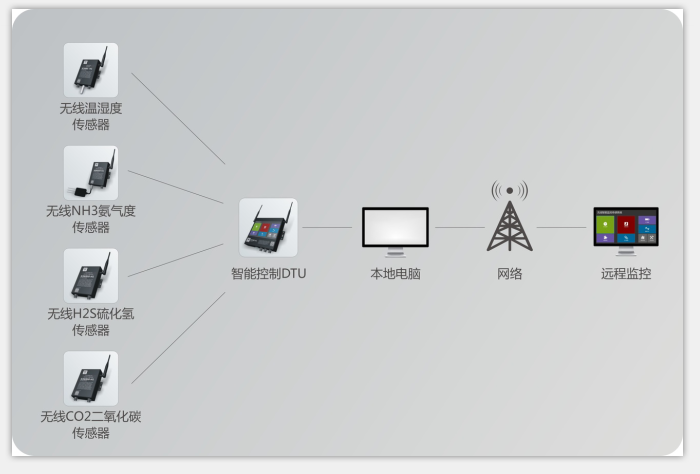 内的温湿度和气体浓度需要及时的监测与控制，否则会造成养殖的重大损失。 The temperature, humidity and gas concentration in the chicken house need to be monitored and controlled in time, otherwise it will cause significant losses in the breeding. The use of a livestock and poultry breeding environment monitoring system can monitor the temperature and gas concentration values in the chicken house 24 hours. When an abnormality occurs, the monitoring system can not only promptly alarm, but also automatically control the equipment to improve the air environment and ensure the quality of breeding.