"Sensors" in Agriculture Internet of Things is the key-[Xinxin IoT]

Yesterday, the third Sichuan Agricultural Fair has entered the penultimate day of the exhibition. Although the agricultural expo has come to an end, due to its huge scale and the participation of many well-known companies, it has attracted many media interviews such as CCTV and Chengdu Business Daily. When the Chengdu Business Daily reporter saw Xinxin IoT 's novel booth design and beautiful product appearance, it could not help but go to the company's booth in the southwest region to produce IoT equipment to interview the Xinxin IoT exhibition manager.

When the reporter asked where the key points of modern agricultural management and the high-end "Internet of Things +" remote monitoring system are, agricultural cultivation requires it, aquaculture cannot be separated from it, and animal husbandry and agricultural product traceability must be traced to It's based. Why does this full name " Agricultural Internet of Things Solution " change the form of agricultural production ? What's so magical about it technically? The responsible manager of Xinxin IOT said that behind the success of the IoT smart agriculture , the heroes are these beautiful hardware devices. 经理随后就向记者揭开了物联网设备的神秘面纱。 The responsible manager then unveiled the mystery of the IoT device to reporters. 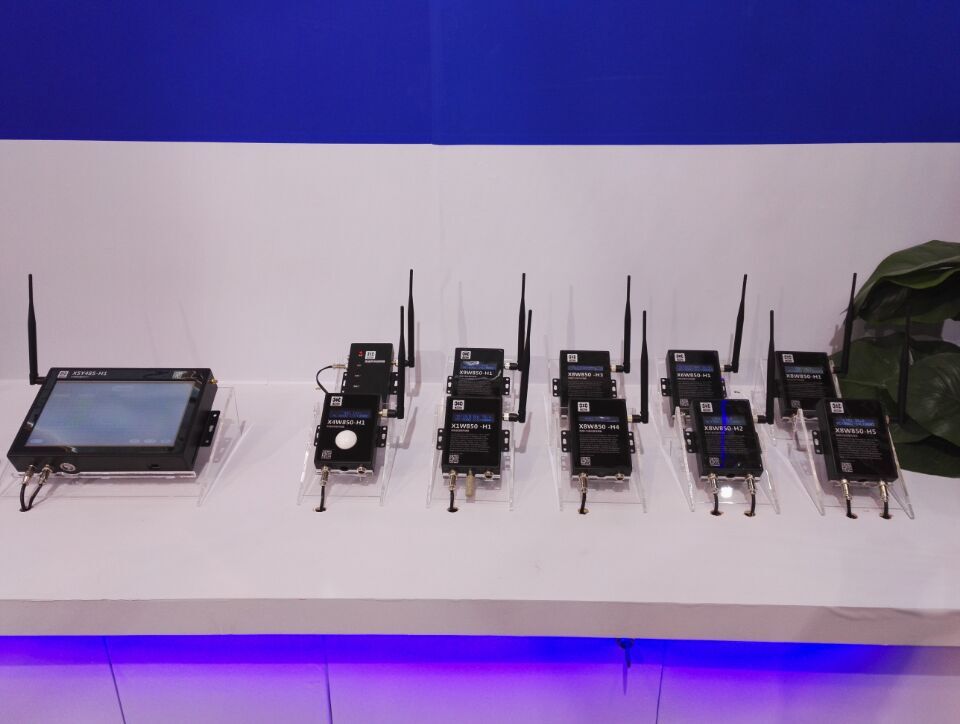 经理手中的传感器比手掌略大，黑色的外壳，看起来平平无奇，而它就是整个物联网体系必不可少的终端。 "The secret of modern smart agriculture is these wireless sensors , which are installed in the measured environment, receive information, convert them into data, and transmit them to the collector. The collector is equivalent to the central nervous system, and then makes judgments and makes decisions." The sensor in the hand of the Xinxin IOT manager is slightly larger than the palm of the hand. The black shell looks plain, and it is an essential terminal for the entire IoT system. Compared with the ordinary sensor's emission range of 100 meters, the sensor produced by Xinxin Wulian, a local enterprise in Chengdu, can cover a signal of 5 kilometers, which is currently far ahead of other sensor manufacturers in the country.

The Xinxin IOT manager also told reporters that the sensors are divided into many types, including more than 10 types such as light, carbon dioxide, temperature, humidity, and soil moisture. Different terminals aggregate the data to the collector, and the staff can get a full picture of the production environment.

This is just the most basic. The power of the sensor lies in the integrated water and fertilizer equipment. The sensor detects that the ratio of nitrogen, potassium, and phosphorus in the soil is incorrect. It determines that the crop needs special fertilizers, and it can automatically "tailor" fertilizers for the crops! At the same time, the sensor can also sense the moisture content of the crop. When there is not enough water, it will automatically irrigate. When there is enough water, it will stop immediately. Achieve intelligent automation.