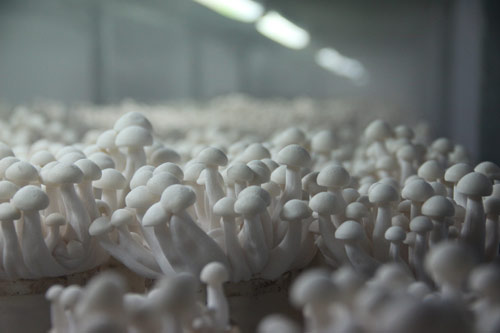 The spores can develop, directly or indirectly, into the germ cells of a new individual after leaving the parent. It is the product of mitosis or meiosis; most are haploid and a few are diploid. The spores are generally unicellular and may be multicellular propagules. Due to its different traits, differences in processes and structures have taken place, resulting in spore diversity. The edible fungus spore information automatic capture and cultivation system can be used to capture edible fungus disease spores, monitor spore occurrence dynamics and accurately predict and predict the occurrence of disease. The reporters make qualitative and quantitative predictions through the type and amount of spores captured by the system equipment, and issue forecasts to guide the prevention and control of edible fungus diseases. The edible fungus spore information automatic capture and cultivation system will collect the cultivated germ spores in real time around the clock through 400 times high-definition display equipment for picture processing, wireless transmission to the system intelligent controller for uploading, storing, and remote real-time monitoring and early warning through mobile phone and PC version visualization. Forecasting disease occurrence information.

Edible fungus spore information automatic capture and cultivation system: The spore culture statistical analysis system transmits edible fungus spore spore images remotely and wirelessly, and automatically uploads and stores them to form a germ image information database. The edible fungus spore information automatic capture and cultivation system combines big data to collect disease information in real time. The system intelligently performs comprehensive calculation, comparison, and analysis. The spore prediction model intelligently automatically generates detailed trajectory spore capture and cultivation time, number, and species occurrence trajectory graphs for the convenience of users Intuitive analysis of disease types and spread in the area. The spore prediction model adjusts the temperature and humidity of the edible fungus environment in a timely and appropriate manner through the remote command of the system, creating environmental conditions that are not conducive to the survival, reproduction, and spread of pathogenic spores, and ensuring that the edible fungus is far from the normal growth of the disease.

、采用气流定量、定时采集食用菌生长区域内空气中的真菌病菌孢子。 1. Use airflow to quantitatively and regularly collect fungal spores in the air in the growth area of edible fungi.

、可自动完成气传病菌孢子的采集、培养、图像采集，并自动上传至服务器，通过病菌图像信息库，分析食用菌生长中的病原孢子数量的变化，发生程度和传播路线形成孢子发生发展情况走势图。 4. It can automatically complete the collection, cultivation, and image collection of airborne bacterial spores, and automatically upload them to the server. Through the germ image information database, analyze the changes in the number of pathogenic spores in the growth of edible fungi, the degree of occurrence and the transmission route. Situation chart. It is wirelessly transmitted to the system intelligent controller for uploading, storing, and remote real-time monitoring, early warning and forecasting of disease occurrence information through mobile phone version and PC version visualization. Remote control, combined with SMS control, eliminates the need for personnel to go to the scene, enabling unattended and automatic work around the clock.

The spore information automatic capture and cultivation system can also be widely used in many fields such as forestry, horticulture, customs, professional standardized science and technology demonstration park, and many other fields.